The history of enterprise architecture as a management discipline has been marked by failure to live up to the promise it showed as a concept. The idea of an enterprise architecture and the explicit understanding of the relationships between the most critical forces, resources, and processes involved in the execution of  an organization’s business is powerful.  People can grasp on an intuitive level how powerful the reality of that concept would be if it could be put into practice and harnessed on behalf of the enterprise. Unfortunately, the conceptual enterprise architecture that enables the agile enterprise and informs executives in the midst of critical portfolio and execution decisions has given way to a morass of additional bureaucracy and expensive efforts to create enterprise models that are more often significant as records of organizational history than as blueprints for the future. The problems lie in three areas.  The first of which is a lack of clear performance objectives for the EA effort. This early effort to understand what the organization is attempting to achieve through its EA efforts is critical, to the point so that not having this in place almost certainly dooms whatever effort occurs in its absence to failure. It is simply impossible to get value from any effort so potentially broad as an EA effort without determining in advance what success will look like in order to focus the effort around areas where the EA can benefit the organization meta-model as a whole. The second major failure stems from the belief that EA is somehow all about the process for developing content; although it seems that almost 90% of the material you read regarding the discipline is related to eliciting information from the enterprise, modeling the information, or frameworks. I am a big believer in the fact that having the right information is critical to the success of the EA effort by and large, but I know from extensive experience on client sites that too much focus on methods and models leads to a low return on investment for the organization as a whole. Finally, there is far too little attention paid to helping the consumers of EA information. This last one is really simply the end product of the first two, but I have almost never had a project where I felt the funding allocated towards stakeholder communication, marketing, support and documentation was commensurate with the dollars spent to develop the content. In the following sections I will provide a few tips for refocusing your EA effort to avoid these common pitfalls or refocus efforts that have gone astray.

Establishing performance objectives is a good idea when it comes to executing any change initiative and EA really should be a major factor in effectively managing organizational change. With that said, EA is also often set up as a program with no defined end date and not particularly tied to any specific initiative within the organization. Where a supply chain management modernization effort may be able to easily show a return on investment and meet key performance indicators regarding cost containment or increased organizational capacity, EA efforts are often not as easily measured on the surface. However, I think that by setting forth both high level measurements that an EA program should influence like ratios of IT spending to operational spending and total cost savings, as well as more internally focused measures like percentage of compliance with EA/IT Governance or Common Services Usage the program sets itself up to be able to meaningfully advocate for itself on the basis of providing value to the organization as a whole. One of the most critical things establishing EA performance objectives does is force the team and sponsoring executives to really hone what they are hoping to gain from their EA efforts. In addition to establishing explicit performance objectives like those mentioned above it provides an opportunity to discuss and align the EA efforts with particular organizational main points like portfolio management, meta data management, or other critical organizational initiatives. 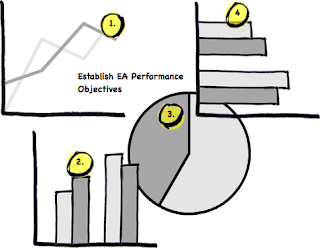 EA efforts are often said to be focused on the organization’s to-be state. Unfortunately, too many EA efforts spend so much time focusing on the to-be state of the EA effort that they never deliver value to the organization. Successful EA efforts get to business value as rapidly as possible.  That’s not to say that there is not a place for well thought out processes or that thinking about the meta-model isn’t valuable. Simply collecting a bunch of information by any means is not what I am advocating for, what I am trying to advocate against is the endless evaluation and tailoring of methodology, framework and meta model that seems to dog so many EA efforts. Perhaps it is simply in the nature of architects to sweat these details, but leadership needs to temper this desire to rigorously hone the processes and models that will be used to carry out the EA effort with a focus on addressing real business issues. I like to think of every EA effort as having two tracts.  One is the strategic tract where long term organizational value is built via the rigorous application of EA techniques and methodology to managing the enterprise, and the second is the tactical tract that applies the techniques and talents of the EA staff to deliver near term value to the enterprise. I believe that these shorter term objectives, while possibly falling outside the purview of traditional EA, build the organization’s faith in the longer term value of the effort, ensure communication with the business, and guarantee that EA always has an answer when the value question is asked. 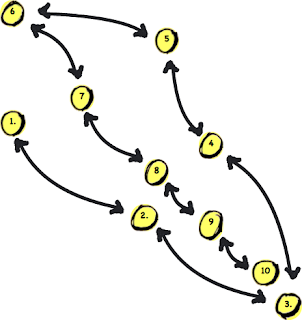 Under Emphasis on EA Consumers

A byproduct of the lack of performance metrics and over emphasis on EA content and process is a lack of focus on the EA consumers. So much attention is paid to the information that needs to be brought in and the process by which to bring it in that the return of this information in usable form to the content consumers is an after thought at best and often simply does not happen. The fact is that the structured models and techniques so often used to elicit information from the enterprise are often not the best mechanisms for returning that information to decision makers. For EA to have a positive impact on organizational performance it is critical that attention be paid to the consumers to this demographic before going out and harvesting the organizations information. Understanding where EA information can play a role in enhancing stakeholder decision making and working in coordination with these stakeholders to develop meaningful information collections in formats designed to support the decision making activity are critical to transitioning the organization to the type of data driven agility that is supposed to be the hallmark of the architectural organization. Working from the decision backwards can be of enormous value in these types of efforts and can help focus EA efforts on informational gaps in the enterprise that can show the value of EA as a discipline in a way that simply focusing on the macro EA effort cannot. 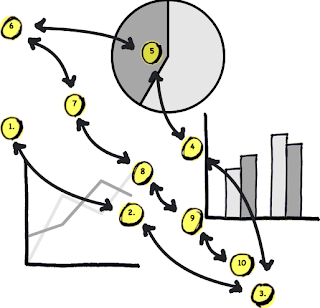